Want to be a high tech product creator in your 70s? ‘‘Why not!’’, answer the members of the ‘‘Captain’’ programme of the Sports Medicine Laboratory of AUTh, which applies the ‘‘living lab’’ method. The goal is to create a smart consultant, an innovative technology product aimed at the elderly, which displays information in different parts of the house to help them make decisions and solve problems. ‘‘The old man stands in front of the refrigerator. Then the smart consultant realises it and displays suggestions on the fridge for a healthy snack’’, mentions as an example Evdokimos Konstantinidis, a postdoctoral researcher and technical coordinator of the ‘‘Captain’’ programme.

As Mr. Konstantinidis explains, around 70 seniors are actively involved in the product design and meet with the researchers on a regular basis. Through exercises and discussions they express what their real needs are in the meetings and critically assess each step of the smart consultant’s design. This co-creation is basically at the heart of the method called ‘‘living lab’’.

As Mr. Konstantinidis points out, the team has managed to gain the trust of the elderly by constantly demonstrating to them that their contribution is essential for the creation of the product. ‘‘In this environment, the elderly open up and become very creative’’, he mentions, adding that they have contributed such good ideas to the process that the team is now looking for ways to provide them with the corresponding copyright.

The programme, under which AUTh collaborates with another 14 bodies, including research centres, universities and companies, is expected to be completed in 18 months.

For the needs of the ‘‘Captain’’ programme, the lab has created within its site a simulation of a normal home with a kitchen and a living room inviting seniors to spend one to two hours of their day there, three times a week. During this time, the house, which had hidden sensors, was collecting data on the behaviour of the tenants. In fact, four of the participants agreed to have the sensors placed in their home for the next two years. At the same time, a corresponding specially designed living space for the purposes of experimentation has also been placed in the Chariseio Nursing Home.

Thessaloniki is the only part in Greece that has ‘‘Living Labs’’, which is fully compatible with the fact that the Alexander Innovation Zone is located in the city and is the one that systematically promotes development for innovations. It is therefore not accidental that some 400 living labers will gather in Thessaloniki in September to participate in the 10th Living Labs International Conference, entitled Open Living Lab Days. The creation of another living lab, which will be implemented in the city, will also be announced during the gathering.

The conference takes place every year in a different city and this year will be the first to host the event at the Thessaloniki Concert Hall from September 3 to 5 organised by the Thessaloniki Active & Healthy Ageing Living Lab of the Sports Medicine Laboratory of AUTh and the European Network of Living Labs (ENoLL).

Its goal is to co-create today’s and tomorrow’s social innovation while addressing each and every one, including public officials, social agencies, academics, innovative start-uppers and ordinary citizens.

During the conference, representatives of more than 30 ‘‘Living Labs’’ will work for three whole days with bodies from the European and the International Social Innovation Community to highlight the local problems and turn them into global opportunities as well as invite anyone interested in participating in developing new products, innovative services and solutions to everyday issues, in a real-time social environment, promoting the principles of responsible development and social innovation.

Taking part in the event practically translates into knowledge and experience offered through 40 workshops, in areas such as: the future of urban mobility, the ‘’Living Labs’’ as a learning environment for entrepreneurship in universities, agricultural practices and rural development, the development of ‘‘Living Labs’’ in the energy sector, co-created health and wellbeing products for vulnerable population groups.

Those interested in setting up their own ‘‘Living Lab’’ can attend a one-day training seminar before the official launch of the Open Living Lab Days (OLLDs).

Supporters of this year’s institution are the URENIO Research Unit of the Aristotle University of Thessaloniki as well as the Open Knowledge Foundation Greece (OKFN Greece), while the conference is under the auspices of the Faculty of Health Sciences of AUTh. 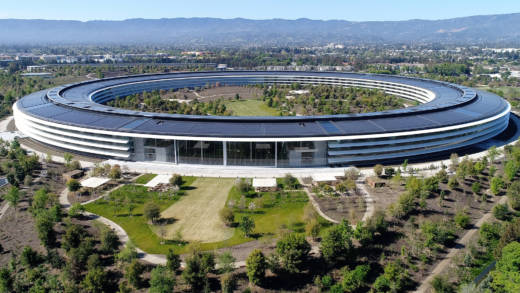 Which global cities Want to be Silicon Valley

Which global cities Want to be Silicon Valley