THE COLOSSUS OF THE AIRLINE INDUSTRY THAT IS INVESTING IN THESSALONIKI

Altair’s example answers why Greece has never manufactured cars. What was it that the Americans saw and… landed in Thessaloniki.

If someone was looking for answers and was constantly expressing his discontent over Greece’s failure to develop heavy industry and manufacture cars, a company based in both Thessaloniki and 49 other countries in the world is the most convincing answer. The reason is that this company proves that when a country does not have a heavy industry, it can develop research and staff to become indispensable in heavy industry on a global scale.

The arrival of Altair, which is of American interests, a few years ago in Thessaloniki and the Balkan Center, was accompanied by a number of critical remarks, which, among other things, were questioning this choice. Typical is the example of one of the company executives from America, who was afraid that he was in danger of being kidnapped upon his arrival in Thessaloniki. The reality, however, was completely different to his first impression for the city of Thessaloniki as well as for Greece more broadly.

‘‘We decided to choose a specialist to come to Greece for a year and train our staff. Once he arrived in Greece, he believed that he was in danger of being kidnapped or mugged.The defamation that Greece was receiving was similar to Cambodia or Mexico according to him. He had a change of mind when he saw that everything was rumours told by people that had never visited our country. Within six months he decided to settle permanently in Greece, selling his house in America. He now intends to invest in real estate as well as in other sectors’’

As the Altair’s Chief of Technology, Lazaros Tsioraklidis, has told Voria.gr, ‘‘when Altair announced that it was investing in Thessaloniki six years ago, the US businesses considered us to be crazy for investing in this particular city. Today, US companies with a turnover of more than $ 1 billion annually have directed their attention here, realising that they have lost six years of opportunities and investment in Greece’’.

‘‘As executives of Altair, we have been noticing for many years that a number of Greek engineers and computer programmers are employed by our customers in key positions. We have visited automotive industries and seen many Greek employees. When you see highly skilled people coming from a non-industrial country like Greece, it means that not only do the Greeks emigrate but also have a way to become indispensable in the countries where they are settled. They are well-trained because of Greece’s system. A Greek is examined in all classes of high school to obtain his diploma, thus is constantly tested. Altair has observed that Greece’s workforce had considerable specialization. Given that I also had business experience in the country by already having another company in Thessaloniki, we made the decision to start a business here. All the advisers that we turned to, were arguing that we are heading towards destruction for sure. However, amid the financial crisis, in 2011, we chose to take the first step and disprove everyone’’.

The decision to settle in Thessaloniki, which has shown significant activity in recent years, was a right choice. It is the city where the Alexander Innovation Zone is being developed, hosting innovative businesses, each in its field.

Its scope is related to the production of special software. What the executives of the parent company perceived and chose to come to Greece was the fact that our country has scientific personnel of recognized value and training so that it can expand its research activity. Altair found in Greece the cradle of scientists who take the decision to go abroad to work having completed their studies.

‘‘They once asked the founder and CEO of Altair what it is exactly that we are doing. I also found out myself that when I was assigned to give a presentation on the activities of the company, it would take a lot of time to explain what it is exactly that we are doing, since we are a company with a multidimensional strategy and occupational areas. Our main field of activity is computational engineering, based on cloud or on fluid engineering. Moreover, we deal with cloud computing, optimization engines as well as optimisation through which we hold a leading position in the technology market. Our solutions are chosen by companies that can be found on the Map of Global 500+’’, says Mr. Tsioraklidis. For instance, Altair cooperates with most of the major automotive industries that design and seek to optimise the chassis of their cars and the strain they receive.  Altair is also present in medical technology, providing software, but is also present in companies that calculate electromagnetic radiation as well as in agricultural technology companies.  Listed on Nasdaq Since October, Altair has been listed on the Nasdaq Stock Market.  The acquisition of Solid Iris Apart from Thessaloniki, it is also based in Athens through the former Solid Iris Technologies, which produces photorealistic software. ‘‘It was a very small company, when we spotted it. We liked a lot what it did, while it consists of highly skilled scientists. Now its software is available all over the world via Altair’’.  Networking Start-up Companies Altair’s vision, which is particularly gratifying for Lazaros Tsioraklidis personally, as he admits himself, is the cooperation with innovative start-up companies. ‘‘In this context, we are implementing a programme called Startup program. Small start-up companies can be integrated in this programme to network through Altair globally and sell their software. Fieldscale has already joined the programme, from Thessaloniki, distributing its products all over the world. Our goal is to give the opportunity to young people that were considering migrating abroad, to globalise their ideas and stay in Greece’’. As he says himself, Altair is discussing possible partnerships with several businesses through the Startup program. ‘‘Our goal is not to overshadow these businesses. Our philosophy is based on American standards. Therefore, we believe that it is preferable to work with a small company than to overshadow it. Do not forget that Google is currently working with more than 200 innovative companies without demanding to acquire them. On the contrary, the common belief that prevails in Greece is that someone needs to be trapped in a large enterprise, otherwise he is not accepted’’.  The role of the state in Greece Regarding the role of statism in Greece, he mentions that Altair was confronted with it several times during its presence in Greece. ‘‘I had proposed to Greek universities to cooperate with us in the field of research and technology. The only department that accepted the proposal belongs to the Aristotle University of Thessaloniki and its professor is of American standards and ideologies, having a lot in common with us. At the moment, the development of one of the major solvers belonging to Altair’s portfolio is being created in the Dynamics Laboratory of the Aristotle University headed by Sotiris Natsiavas. At the same time, we run three research programmes and we intend to increase them in the future’’. Targeting new acquisitions and funding With regard to Altair’s next steps in Greece, the company is also considering new acquisitions and the financing of small companies. ‘‘We are in discussions with businesses wishing to join Altair. We are also constantly testing new technologies aiming at our further development in the country’’. Why Greece does not need to manufacture cars Finally, commenting on the fact that Greece has never developed heavy industry, Mr Tsioraklidis is clear: ‘‘One of my teachers used to tell me that we would not all become scientists in Greece. This is the truth. Greece has no reason to manufacture cars. And indeed, the number one company in car manufacturing per capita is not Germany, as you may think, but Slovakia. The reason is not related to intelligence, but to the lack of infrastructure, including logistics. One cannot transfer a car from Greece to England. Transport costs may, in many cases, exceed the profit earned by the manufacturing plant from each car. Moreover, the reasons are also environmental, but they are related to the existence of suppliers as well. All suppliers should be at a reasonable mileage from the manufacturing plant. For example, the supplier of tires, plastic, seats cannot be at a distance of hundreds of miles from the factory. Thus, I repeat that we really do not have to manufacture cars in Greece. Our country could export technology like Estonia and Israel, creating technology parks. Greece has the scientists, who are now part of some of the largest automotive industries. It could as well make good use of the workforce by creating infrastructure for research and development and by selling know-how and innovation globally’’. Altair in numbers Over 5,000 customers worldwide Turnover: EUR 400 million Personnel internationally: around 3,000 people 2,000 scientists 500 people administrative staff 500 people for support services Presence in 50 states with 70 offices Personnel in Greece 20 people in Greece 9 in Thessaloniki Its main customers AirbusVolkswagen Porsche Opel Ford Toyota Honda Nissan. 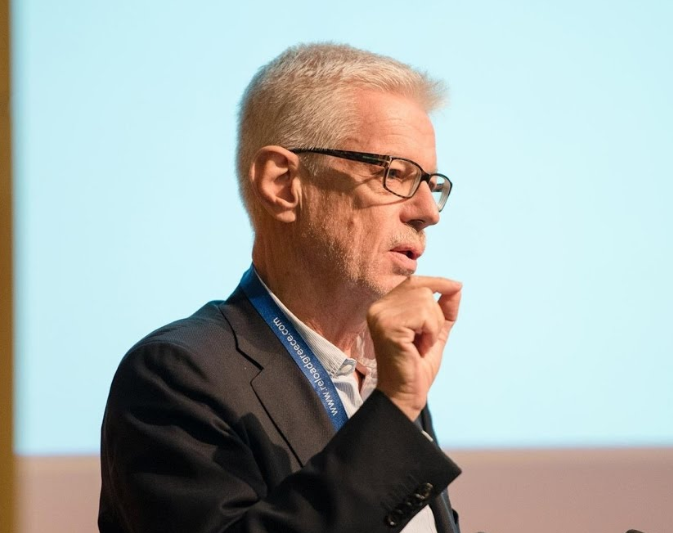 A hidden engine of recovery

A hidden engine of recovery