Investments of 3 million euros in Start Ups of OK!Thess of the municipality of Thessaloniki are expected in 2019

The OK!Thess pre-incubation programme of the municipality of Thessaloniki offers once again the opportunity to people who wish to develop their businesses by using their innovative ideas.

Submissions for the 7th cycle of the acceleration programme will be made electronically via the official website of OK! Thess until December 31. The lessons will begin in the middle of January at the premises of OK!Thess after the evaluation and selection phase of the final participants. It is noteworthy that the Alexander Innovation Zone, the most important promoter of innovative entrepreneurship in Northern Greece, is actively involved in the operation of Ok!Thess. In the previous six acceleration cycles, over the past two years, about 150 applications have been submitted, of which 47 were selected to follow the programme. Out of these, seven groups are already on the market while one of them has managed to make more than 100,000 euros in sales.

Only in the second half of 2018, more than EUR 1 million was invested in start-up businesses that ‘‘graduated’’ from OK!Thess. The head of the pre-incubator, commissioned municipal councillor for entrepreneurship in the municipality of Thessaloniki, Simon Bensasson, estimates that by 2019 the funds to be invested in startups will exceed € 2 million and may reach € 3 million.  According to him, about 80% of startups have a life cycle of three years. Out of the funds invested in startups hosted at OK!Thess, three start-ups received the largest amounts, about 300,000 each, while another six were funded with about 50,000 each.

The three top-funded start-ups are: 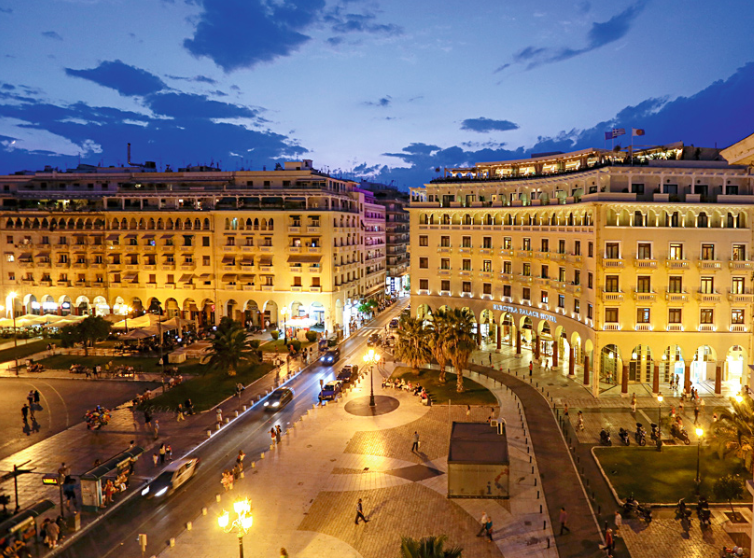 A dialogue between Greek and German journalists

A dialogue between Greek and German journalists